Software I tend to install on any new Windows machine – mostly out of habit.  Many of these were things I’d have used before retiring a few years ago.  In no particular order:

* Ubuntu on Windows requires the Windows Subsystem for Linux.  It can be enabled in Windows Features -> Turn Windows features on or off.  Type “features” in the Windows task bar search box. 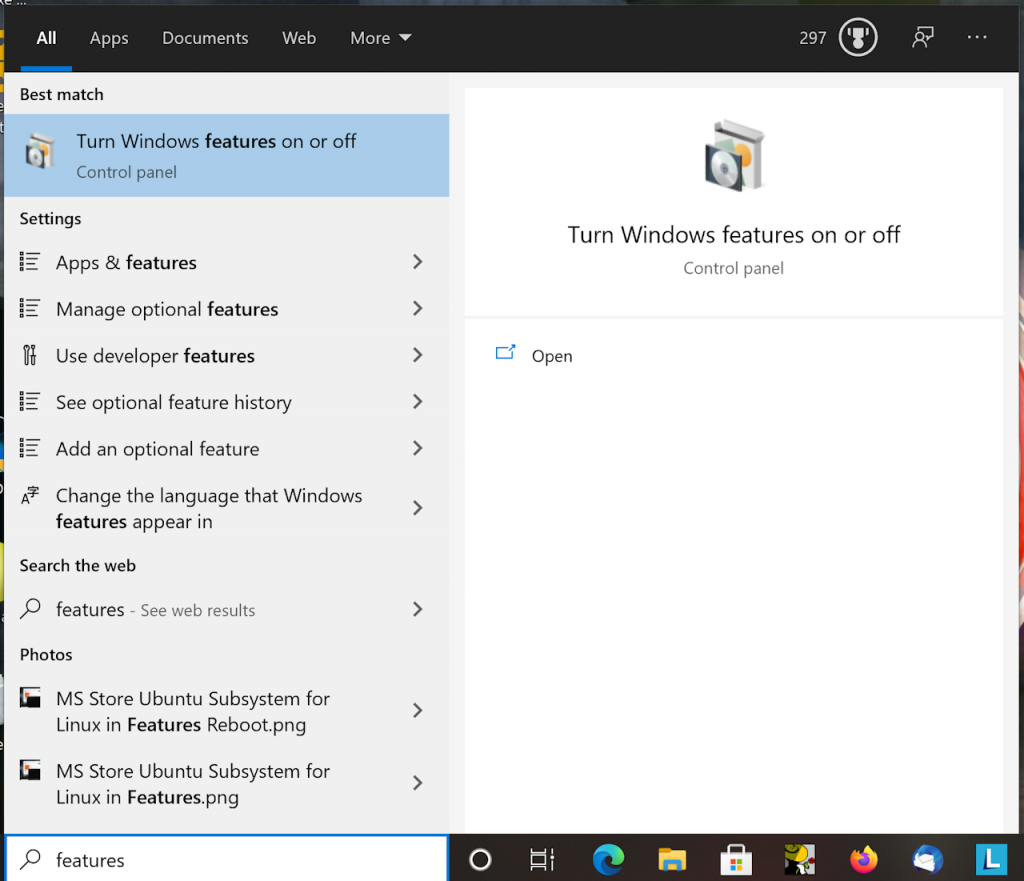 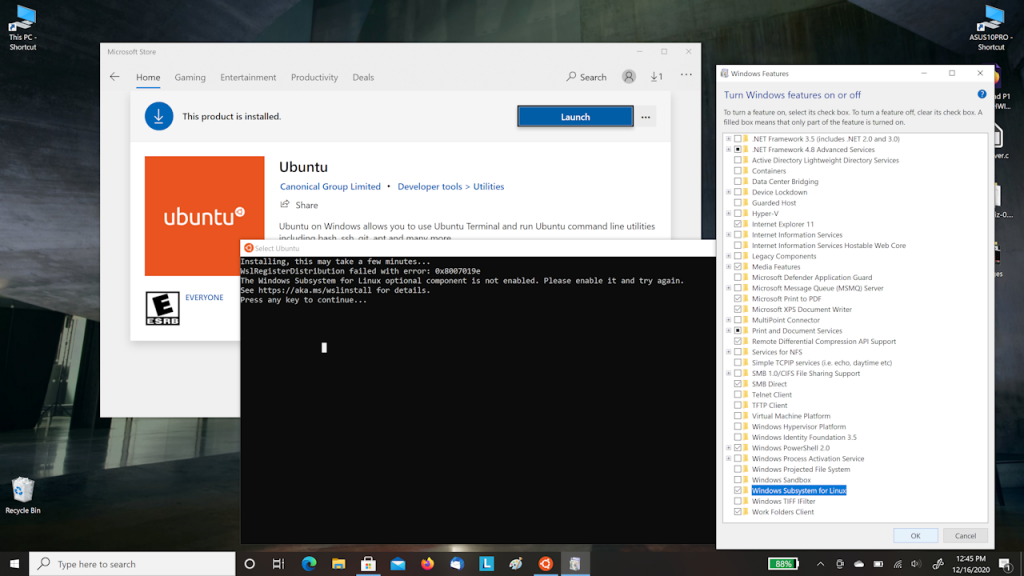 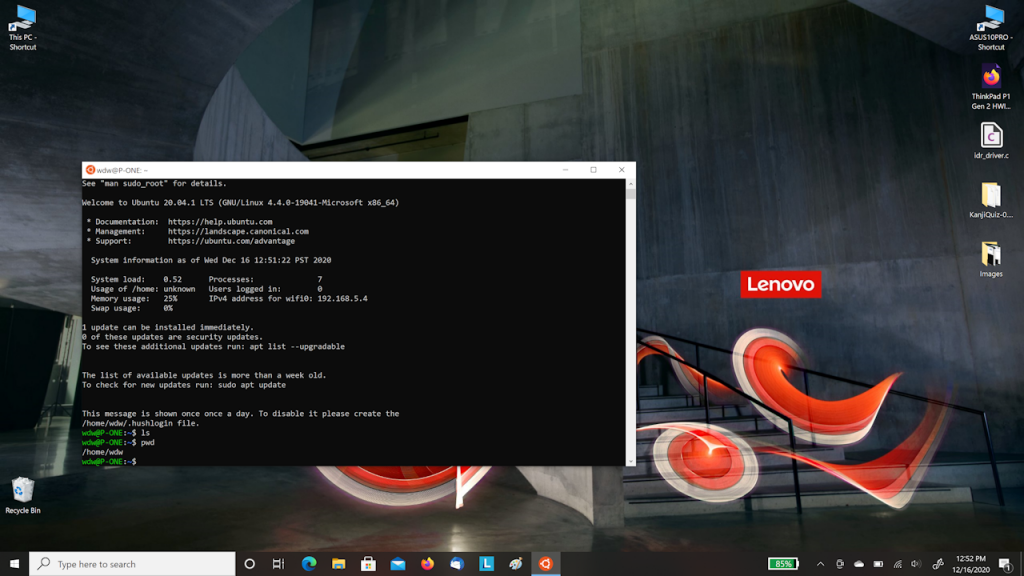 Running a few of those apps: ViewMate looking at design files for one of my circuit boards, Visual Studio & the Linux driver for that board, Vim editing tcl/tk code for my Kanji Quiz Japanese study aid program, Ubuntu VM with Kanji Quiz running.  The P1 isn’t even breaking a light sweat 🙂 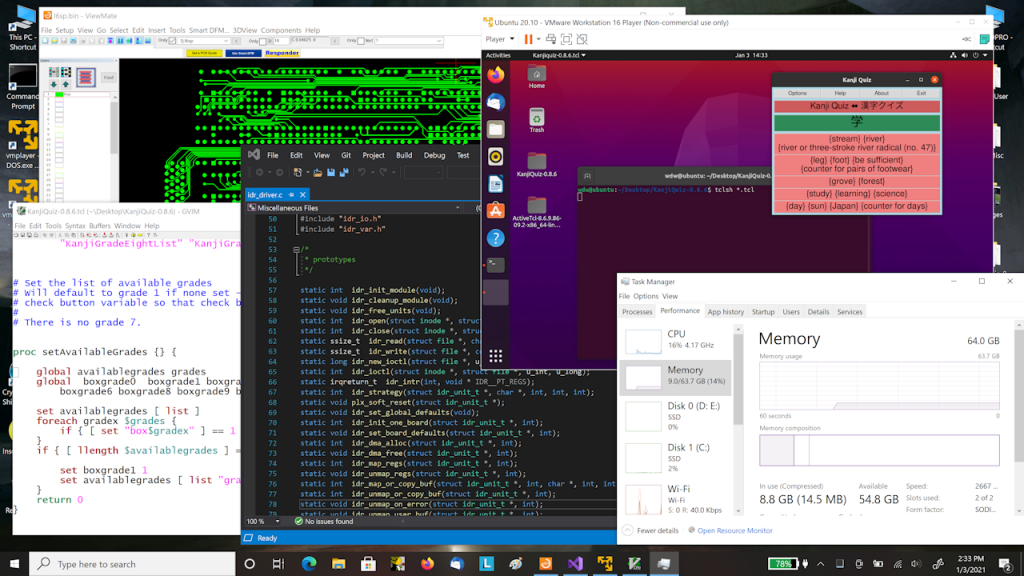