Another chapter in the “Swiss Army” external drive saga. First it was the classic multi-boot USB flash drive:  A FOB STORY: some notes on bootable flash drives then the “turbo” external NVMe/USB-A & -C version: FOB Story II and now a dual USB-A/USB-C flash drive.  A tiny one.

I’ve had my eye on dual-connector flash drives for a while.  This one caught my attention – a SanDisk 256GB unit that was very inexpensive.  It’s ridiculously tiny considering its capacity.  High-capacity flash drives have had limited utility for my applications since Windows would only recognize a single partition.  If they were to be UEFI-bootable that had to be FAT32, but that limited maximum file size and was difficult to format with Windows tools.

That’s changed with Windows 10 1703.  We can now create and access multiple partitions, so like the Turbo NVMe drive (which appears as a hard drive and wasn’t limited by Windows) we can have a FAT32 boot and tool partition and a large NTFS partition for data and things like backup images.  The dinky drive is set up like the NVMe drive described in FOB Story II –  a 30GB FAT32 partition containing a live Linux + tools, and the rest NTFS.

Below are images of the drives and their Crystal DiskMark speed reports.  The tiny SanDisk isn’t fast, but it’s actually a bit faster than my trusty ADATA for sequential reads. 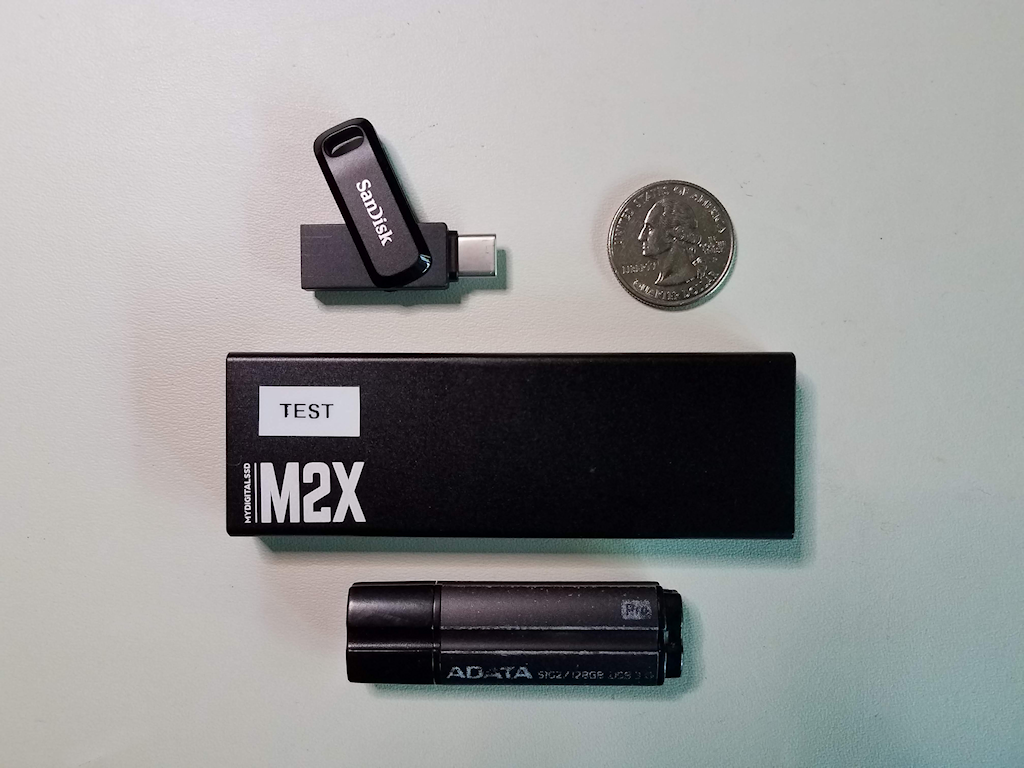 1 Response to Fob Story III, A Tale of Three Fobs, Goldilocks and the … oh never mind…